Top things to do in Alaska 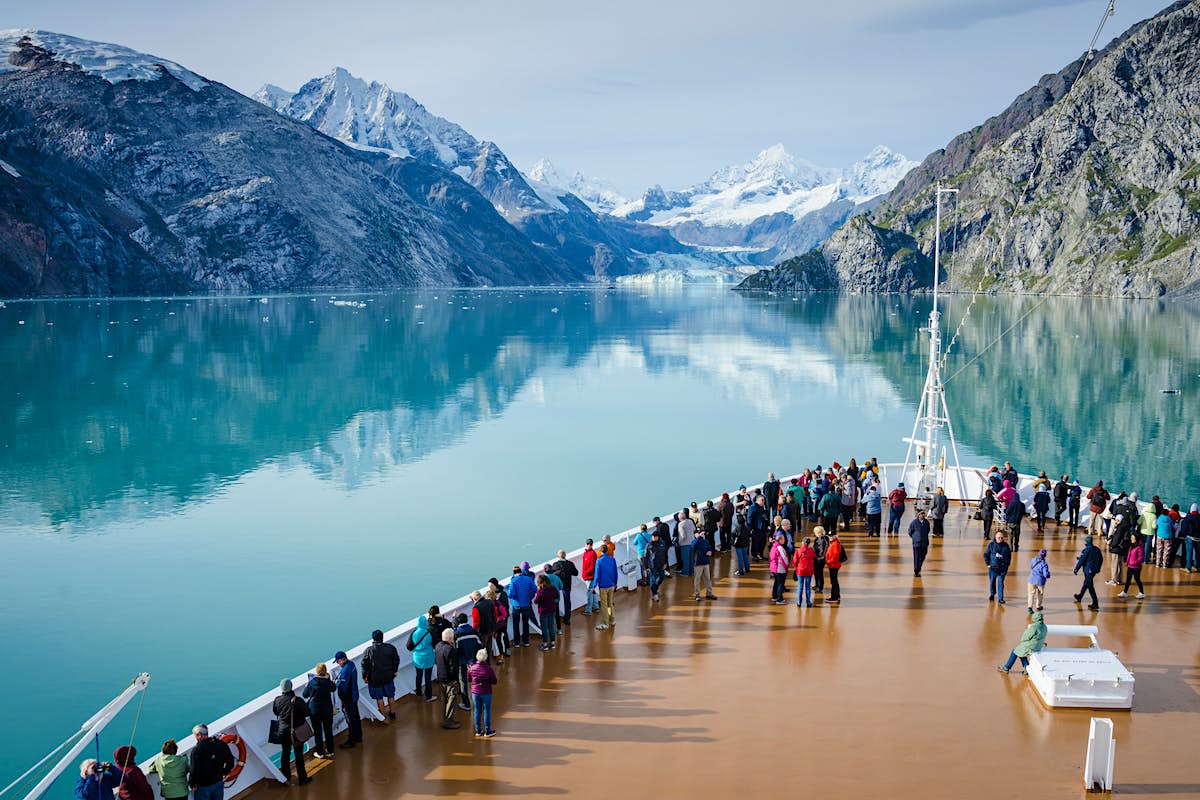 With vast swaths of undeveloped land, communities that are only accessible by boat or plane, and plenty of wild characters who’ve chosen to live in one of the most rural and dramatic landscapes in the United States, it’s no surprise that Alaska is called The Last Frontier.

Alaska offers countless experiences and adventures, and the hardest part of planning a trip here is simply knowing what to do and how much can reasonably fit into your itinerary.

I feel incredibly fortunate to have grown up in Alaska, where I had the chance to regularly experience the wonders of this unique place. Although my family didn’t partake in outdoor adventure as much as some, we did take trips to explore the national parks, spot wildlife and admire the northern lights.

If you’re looking for inspiration to start planning a trip, here are the top things to do in Alaska.

Seek out the wilderness of Denali National Park

What makes a visit to Denali National Park special is both what you’ll find there and what you won’t. As one of the nation’s largest national parks, Denali is a huge space of wilderness, perhaps the largest undeveloped space you’ll ever experience. Denali National Park is one of the best places to see wildlife in Alaska, and you might spot moose, grizzly bears, Dall sheep, caribou and wolves, as well as smaller mammals and many species of birds. But the national park’s highlight is Denali, the tallest mountain in North America. Covered in snow year-round, the “High One” stands head and shoulders above the rest of the Alaska Range.

The best way to visit Denali National Park is by booking one of the official bus tours. You can’t drive private vehicles past mile marker 15 of the 92-mile dirt road. But the buses go farther into the park and help limit the environmental impact of tourism in one of the last truly wild and undeveloped places in the United States.

Denali National Park is generally only open during the summer season, but you can also visit in the shoulder months of May and September to try and avoid some of the crowds.

Take to the waters on an Alaskan cruise

Alaska cruising is big business and one of the most popular ways to see the state. Every summer, dozens of mega ships make their way through the waters of Alaska’s Inside Passage, visiting communities only accessible by boat (and plane) such as Sitka, Ketchikan and Juneau, the state capital.

Excursions vary across ports, including flightseeing tours that take you over vast ice fields, fishing excursions that troll the deep waterways of the region, and cultural tours that bring the vibrant communities of Alaska’s Native people to life. Many people make their first trip to Alaska on a cruise because it’s an easy way to experience the state without diving into trickier travel logistics.

There are numerous options when picking an Alaska cruise, and your primary constraints are your travel style and budget. To minimize your environmental footprint and better support local economies, consider a small-ship cruise. Several operators including Alaskan Dream Cruises, UnCruise Adventures and John Hall’s Alaska offer similar itineraries to the big ships but can venture deeper into southeastern Alaska’s waterways and visit smaller communities that also need tourism support.

Alaska has plenty of opportunities to see wildlife, but most visitors focus on trying to see the “Big Five”: moose, grizzly bears, caribou, Dall sheep and gray wolves. Similar in concept to southern Africa’s Big Five, these five large mammals live throughout Alaska, and seeing all of them on a single visit is considered a lucky and successful trip.

All five animals can be seen in Denali National Park, but you can spot them in other parts of the state. If you want to guarantee success, take a trip to the Alaska Wildlife Conservation Center south of Anchorage. Along the way, you can look for Dall sheep on the Seward Highway’s rocky cliffside and spot the other four animals at the rehabilitation center.

Many travelers to Alaska also visit to see whales. Alaska’s waterways are home to a number of whale species. Humpback whales migrate north to Alaska during the summer and always delight the people on ships in their vicinity. It’s also common to see orcas (killer whales) and small white belugas in the waterways of coastal Alaska.

One aspect of Alaska that surprises many first-time visitors is how little travel infrastructure there is: the Alaska highway system has just four routes, and there’s only one railway line in the whole state.

The Alaska Railroad was built in the early 20th century and was one of few federally funded railroad lines in the country. Today it is operated by the state of Alaska, and it shuttles visitors between a handful of stops along the 400-mile route. Seward, Anchorage, Talkeetna, Denali and Fairbanks are the most common stops visited.

The best way to experience the Alaska Railroad is by tying it into other travel plans. Wherever possible, splurge for the upper-class seats that often include a glass-domed train car where you can watch the splendor of Alaska pass by unobstructed. You can take the train to and from Denali National Park or ride it down to Seward to explore Kenai Fjords National Park.

While many visitors focus on Denali National Park, there’s another national park that’s easy to visit – well, easy by Alaska standards, which is to say that you can drive there. Kenai Fjords National Park covers a swath of water, mountain and shoreline in south-central Alaska. The gateway city to visit this park is Seward, a 2.5-hour drive south from Anchorage along the Seward Highway.

The only part of Kenai Fjords National Park that’s accessible by car is Exit Glacier near Seward. A short, easy hike educates visitors about glaciology and shows the markers that demonstrate this glacier’s rapid recession.

But don’t let that be your only experience of Kenai Fjords National Park! From Seward, you can book any number of day cruises that will take you out into the waterways that comprise the majority of the park. There you’ll spot sea birds, otters, sea lions, orcas and – if you’re lucky – humpback whales that migrate from Hawaii to this part of Alaska during the summer. Like Denali National Park, Kenai Fjords is not accessible during the winter because cruise companies don’t operate at that time.

If you are planning to visit Alaska in the winter, you’re likely doing so for one reason: to see the northern lights, also known as the aurora borealis. Watching the phenomenon – caused by solar particles interacting with atoms in the atmosphere – is mesmerizing because the panels of light seem to dance across the dark winter sky.

Alaska is the best destination in the country for viewing the aurora borealis, which can easily be seen from a number of spots throughout the state when the solar conditions are right. The best place to base yourself for aurora viewing is in Fairbanks, in Alaska’s central interior. Here you’ll be right under the Auroral Oval, a part of Earth’s atmosphere where aurora can appear directly overhead.

Fairbanks experiences the aurora more than 200 nights per year, but it is only visible during the dark winter months; the best time to visit for peak aurora activity is around the equinoxes in September and March. Plan ahead and wear lots of layers (temperatures regularly drop far below freezing) and give yourself at least three nights on your itinerary to maximize your chances of clear skies and aurora activity.

Dip in the Chena Hot Springs

An hour outside Fairbanks, Chena Hot Springs draws visitors year-round, especially in the winter after a night out admiring the northern lights. Chena Hot Springs is one of the few developed and easily accessible hot springs in Alaska, though there are many natural and undeveloped springs that are known mainly to locals.

At Chena Hot Springs, you can dip in one of two hot spring pools; the outdoor one is a real treat during the frigid winter months when condensation from the hot water will cause crystals of ice to form on your hair and eyelashes. Chena Hot Springs Resort also offers other experiences on its property, including tours of an Ice Museum, hiking or snowshoeing depending on the season, and late-night aurora-viewing excursions.