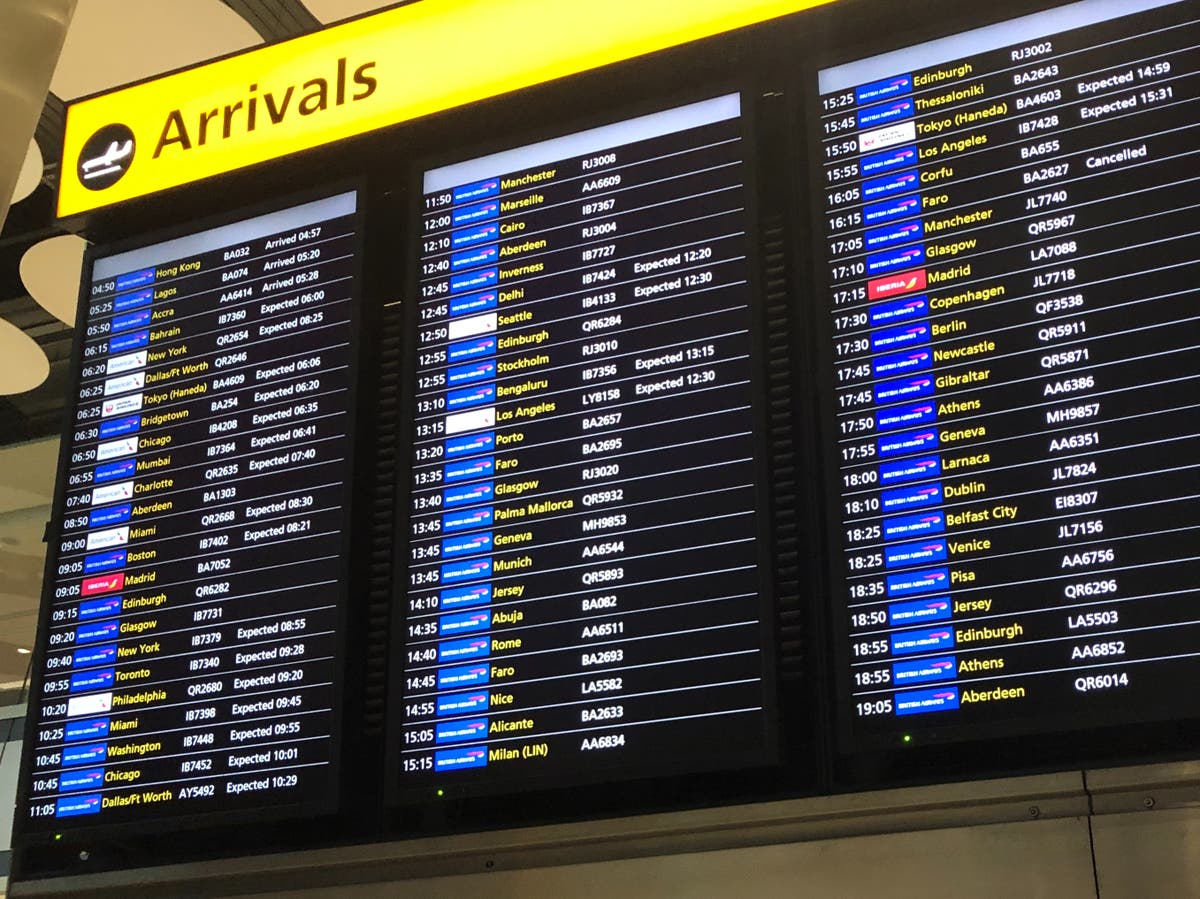 The red list seems set to exist (as a concept at least) until 2022, while countries other than Morocco look unlikely to “punish” the UK for its high rates of coronavirus: just a couple of the insights given by Covid data expert Tim White during his live Independent Q&A about which countries could ban UK travellers.

It followed the aforementioned north African nation’s decision to close its borders to British leisure travellers; the Foreign Office advice reads: “The Moroccan government has announced the suspension for an unspecified period of direct flights between Morocco and the UK (and Germany and the Netherlands) with effect from midnight 20 October.”

Meanwhile, the UK government is on the cusp of updating its red and Rest of World (ROW) lists for travel, with changes expected to be revealed later today.

Tim White, the Covid data analyst who tweets as @TWMCLtd, trawled through the genomic sequencing records held by Gisaid, the worldwide database, with a focus on variants of concern, in order to answer Independent readers’ most pressing travel questions.

Among the pieces of advice he shared, he said reader Dan should be OK to book a mid-December break for Thailand, while he told Martin that Argentinian-administered vaccines were likely to be accepted by the UK soon.

Here were his top five points based on our readers’ questions:

1) Do not expect much movement in the red list review.

2) The UK government is not due to look again at the system regarding travel until January. So the red list is likely to remain for the rest of 2021, although hopefully with fewer countries on it by then.

3) Morocco is the only country taking action so far against high rates in UK, DE and NL. It came out of the blue but reminds us of the risks. One can however reach Morocco via another country such as Spain!

4) No imminent likelihood of anywhere else “punishing” Brits for high rates. There is an acceptance in most countries now that we have high rates because we test the most in Europe. What could happen is more restrictions on arrival in some countries such as a requirement for a PCR test even if double vaxed, for example.

5) Most of the world recognises recovery from Covid-19 as equivalent to a vaccine, but most only for six months. I think this may start to happen with vaccines too. In other words, if your second dose was more than nine months ago, it may be disregarded by some countries. So, to minimise chances of problems with travel, get your third booster jabs as soon as you can is my advice.