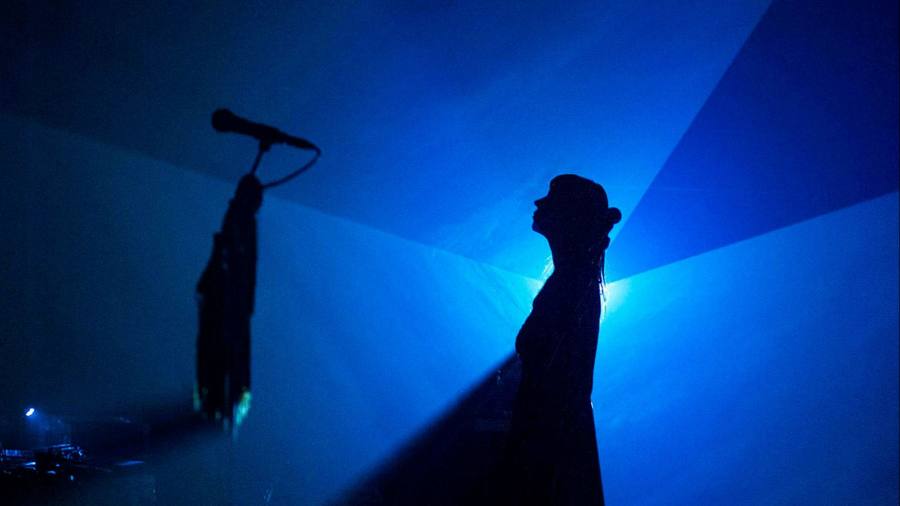 What music do you hear when you think of Rome? It may be the sound of string instruments from La Dolce Vita’s dreamy Nino Rota soundtrack, perhaps the sad melody by Damien Jurado that plays from a jukebox in Paolo Sorrentino’s The Great Beauty or — if you’re Italian — even Antonello Venditti’s ballade from Notte Prima degli Esami.

But there’s a beat to Rome that pulses deeper than Cinecittà movie scores: that of the myriad live music venues scattered throughout its 19th-century parks, wild neighbourhood bars, war-era speakeasies and lush terrazze overlooking palazzos and ruins.

The pandemic deprived people of the pleasure of live music — and Romans, who are a convivial bunch, perhaps felt it more than most. One of my fondest memories in Rome was the live music I enjoyed over dinner at Materia Cafe, a hip design-forward eatery just east of the Colosseum, where a guitarist played during the service, taking requests and singing along with guests, who belted out tunes like no one was listening.

But Italian music venues have recently reopened their doors to visitors (with proof of vaccination or a recent negative Covid test), and are offering a plethora of choices for melophiles — especially for those who follow national artists — with genres ranging from indie rock and classical music to rap, jazz and electronic.

Below I’ve included some of the best places in Rome to enjoy live music, from historical parks and post-industrial spaces to restaurant boats floating on the Tiber and modern architectural landmarks.

Locals consider this multi-space, indoor-outdoor venue housed in a former soap factory a mecca for emerging musicians, experimental sounds and contemporary performance art. The giant graffiti work portraying the director and author Pier Paolo Pasolini (by Portuguese street artist Frederico Draw), painted on one of the old silos of the factory, signals the intellectual proclivity reflected in the programme. Avant-garde artists like Klub Taiga, European Vampire or Roots Magic benefit from the space’s acoustics, performing over three stages or in the outside performance area encircled by the old factory’s façade.

This quirky post-industrial space (equipped with old table footballs — a truly authentic Italian touch) conjures lovely evenings of live music set against spectacular sunsets. Its central location is where the neighbourhoods of Testaccio, Ostiense and Marconi meet — right by the Tiber and Rome’s 1930s gas holder. As a result, Teatro India faces both the centro storico to its north and the river on the other.

You can’t miss Le Mura. Its exterior features a striking wraparound mural (fittingly showing cocktail shakers, tumblers and vinyl) — a remarkable urban fresco even in San Lorenzo, one of Rome’s up-and-coming areas known for its street art. Once indoors, you’ll find yourself in what locals consider one of the coolest places to catch live music.

The line-up tends to be on the alternative side, but artists are thoughtfully curated (and served alongside debate nights, movie projections, stand-up comedy and poetry readings). Its programme features Italian and international independent musicians, such as Micah P Hinson, Fosco 17 and Marianne Mirage, whose sound suits the small space.

Le Mura also serves up killer cocktails (the Americano, a Negroni without gin, and the refreshing Cubano are my favourites) and offers a good selection of craft beers, best enjoyed on one of the venue’s comfortable couches. The atmosphere here is alla mano (“relaxed”) and molto bar di quartiere (“very neighbourhood bar”) — DJ sets continue until 4am, offering refuge to night owls and welcoming those who may have missed the main act. This is a true San Lorenzo institution.

Monk is the site of what used to be one of Rome’s most popular jazz clubs, La Palma Club. As a nod to its predecessor, its name pays homage to famed jazz musician Thelonious Monk. Otherwise, its jazzy days are a thing of the past. Today Monk is a bit like a hip private-members’ club, with ping-pong tables, basketball courts, a fireplace to cosy up next to and even a children’s area. But its garden, where concerts are staged in warmer months, is the main attraction — the atmosphere is perfect on a quiet night, spent propped on one of the loungers or pouffes that double as seats for the seasonal open-air cinema. There’s an adjoining parlour where food is served, but sustenance is not the point here. Catching live music is its raison d’être and the acts here are always excellent. The programme tends to veer heavily towards Italian indie and pop acts and performers, such as Francesco Motta, indie electronic artist Max Collini and singer-songwriter Lorenzo Kruger.

When in Rome, do as the Romans do . . . which means heading to an open-air concert at Villa Ada. Located in the north of Rome near the Catacombs of Priscilla, the park is distanced from the city’s tourist hotspots and tends to attract a mostly local crowd.

Concerts are enjoyed by a typically (and pleasantly) small crowd by Villa Ada’s lake, surrounded by lush vegetation — Rome’s characteristic pine trees, holm oaks and even a rare metasequoia, imported from Tibet in 1940.

Since 1994, the park has hosted Rome Meets the World, an annual world-music festival that is also an anti-racism, anti-war and anti-death-penalty protest. Recent highlights have included Afrobeat eight-piece band Kokoroko and singer-songwriter Giancane.

Renzo Piano said that the greatest adventure for an architect is to build a concert hall — to get the sound and energy just right. In the 1990s he designed the Auditorium Parco della Musica, a complex of buildings in the Parioli district (its construction had to be suspended after workers found the ruins of an ancient Roman villa, and it was eventually completed in 2002). Renamed this year in honour of the late composer Ennio Morricone, it features three large music halls and the Cavea, a striking amphitheatre. This is the place to see international megastars and orchestras.

Its indoors Santa Cecilia hall, the largest, was especially designed to work like an architectural sound box for large classical orchestras: the wide stage faces seats covered by a ceiling cladded in cherry-wood shells, enhancing sound reverberation, which is one of the most powerful in the country. Outside, the Cavea, seating more than 3,000 people, has served as the backdrop to everyone from Charles Aznavour, The Pretenders and Philip Glass to Jethro Tull and The Beach Boys during the venue’s popular summer programme July Sounds Good.

Upon entering Blackmarket Hall you may think you’ve walked into a dimly lit scene from a period film, despite being in central Rome’s trendy Monti neighbourhood, just a short stroll from the Forum. Blackmarket Hall hosts performances from recherché national and international artists and acoustic concerts, plus runs a concert series called Unplugged in Monti. The programme tends to feature hot blues and jazz artists such as Three Blind Mice, Retrió and the Moonshine Liquors, who sound even better in the venue’s exquisitely decorated space.

This is also one of the rare venues where you’ll want to dine during a gig. I suggest the crostoni, tempura or tuna steak, washed down with one of their inventive cocktails. At Blackmarket Hall, food, drinks, music and ambience all marry perfectly.

Rome’s Lian Club is a favourite among locals and it’s easy to see why. This restaurant and cocktail bar is moored on the Tiber, by the 19th-century Ponte Cavour, and its rooftop tables directly face the Ara Pacis. With both indoor and outdoor stages (the latter used only in the summer), Lian Club opened in 2006 and quickly garnered an excellent reputation for its live jazz and electronic gigs, which can be enjoyed with a cocktail, a meal or some small plates. The aubergine polpette, amatriciana and cacio e pepe supplí are unforgettable.

Although you are on the river, the sound is perfectly clear (in fact, if you can, try and grab seats that are not too close to the speakers). The jazz and blues artists you might catch here — such as Stefano Scarfone and Zelo in Condotta — perform by the leafy branches of the riverside plane trees, which make for an effortlessly dazzling backdrop. If you’re planning to pop the question while in Rome, you might want to bookmark this.