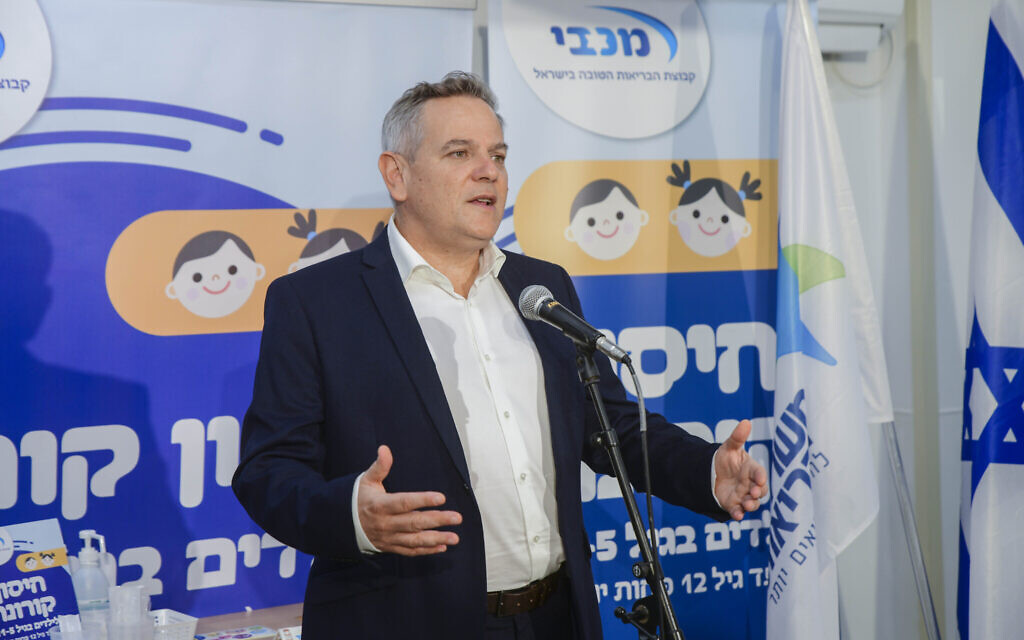 With the Omicron strain quickly spreading throughout the country and driving a renewed COVID-19 outbreak, Health Minister Nitzan Horowitz said Sunday evening that Israel would soon remove many restrictions on airline travel to and from the country that were imposed to slow the new strain’s arrival.

“The moment infections are spreading, there is no point in stopping entry from abroad,” Horowitz told the Kan public broadcaster in an interview. “The opening of [Israel’s] skies won’t take much time, possibly next week.”

Earlier Sunday, a panel of experts advising the government called for scrapping the list of countries to which Israelis are barred from traveling. The experts said that in two weeks, Omicron infections would surpass Delta cases in most of the world, rendering obsolete the list of so-called “red” countries with high infection rates.

At the end of November, Israel closed its borders to foreign nationals in an attempt to hold off the variant, and has since expanded its list of “red” countries. Nearly 70 countries have already been deemed high-risk by Israel, including the United States, Turkey, and most of Europe and Africa.

The Health Ministry said Saturday that the vast majority of the 1,118 confirmed Omicron infections in Israel were detected among travelers returning from abroad. Travel for Israeli citizens to high-risk countries is forbidden unless they are granted special permission from an exemptions committee.

In his interview Sunday, Horowitz also said that the Health Ministry and the government were discussing the option of canceling the current mandatory quarantine for vaccinated individuals who come into contact with a confirmed Omicron patient.

Both Kan and Channel 12 news cited health experts anticipating that if the current rules on the matter remain in place, hundreds of thousands of Israelis will be isolating within a few weeks, amounting to an “effective lockdown.”

As of Sunday, some 85,000 Israelis were in quarantine, including Prime Minister Naftali Bennett. The television networks cited experts saying that number will likely double within a week, and that in two or three weeks, it could reach 600,000-800,000.

While early studies suggest Omicron may not produce symptoms as severe as the less-transmissible Delta variant, experts in Israel say that due to the rate at which the virus is spreading in the country, the sheer number of cases will still likely cause a burden on hospitals.

Officials were preparing for a possible scenario in which 50% of the country’s workforce would soon be in quarantine, fearing shortages in vital goods and services.

“We don’t want to reach an effective lockdown via quarantine,” Channel 12 quoted an unnamed senior Health Ministry official as saying.

According to Channel 12, the Health Ministry will recommend nixing quarantine entirely for the vaccinated, and the move is expected to be raised during a Monday meeting with Bennett. The report said it is expected to come into effect within 7-10 days.

Itamar Grotto, the former deputy director of the Health Ministry, suggested Sunday that it could be to Israelis’ benefit to be infected by the Omicron variant. 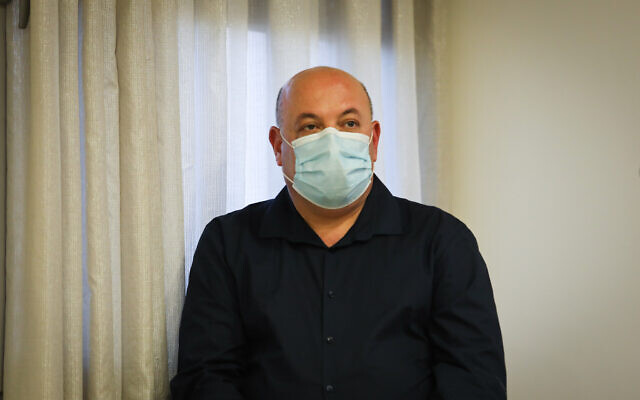 Itamar Grotto at a press conference about the coronavirus, at the Health Ministry in Jerusalem on May 31, 2020. (Flash90)

“It could be that we should think about such a policy… of letting people get infected,” Grotto told Kan. The ex-health official suggested that in the face of the ultra-contagious variant, the policy of quarantine, even for those who are not vaccinated, is no longer effective.

He argued that early data from abroad shows that while many Israelis will become infected, rates of hospitalizations will not shoot up “like they did in the last wave — we won’t see that again.”

“It has to become more of an individual problem than a public problem,” said Grotto, lamenting constant quarantining of school-age students when classmate tested positive.

Meanwhile, new restrictions on shopping malls were set to come into effect at midnight Sunday-Monday and to last for nine days, until January 4.

The new rules, approved Sunday evening by the Knesset Constitution, Law and Justice Committee, limit crowding at malls to one person per 15 square meters. 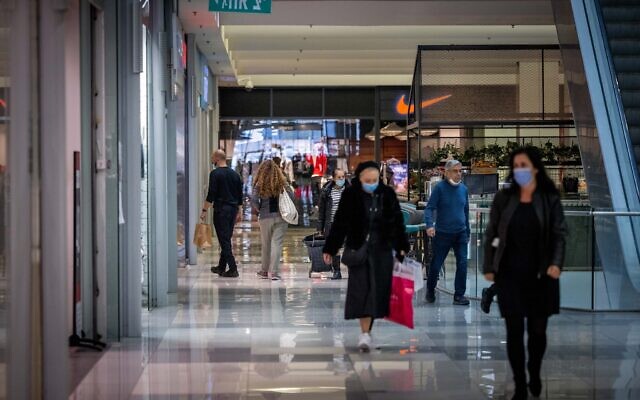 People shop at the Hadar mall in Jerusalem, on December 16, 2021. (Yonatan Sindel/Flash90)

The Green Pass rules — limiting entry only to those who have been vaccinated or recovered from COVID-19 in the past six months, or tested negative in the past 72 hours — will be applied to customers and employees in all stores bigger than 100 square meters in either indoor or open-air malls, except for places that provide vital services.

Those include stores selling hygiene products, optics products and medical aid products, as well as supermarkets and grocery stores. Those places will continue limiting crowds to one person per seven square meters.

Green Pass rules will also apply to restaurants in malls. Food stalls in malls will only allow takeout, and only to those with a Green Pass.

Separately, Channel 12 news reported Sunday that there was no enforcement of previously approved rules limiting the public sector to no more than 50% work from the office. The rules were simply being ignored, the report said.

The government has made vaccination its central strategy for dealing with the coronavirus pandemic. Vaccines are currently available for all people in Israel aged 5 and up.