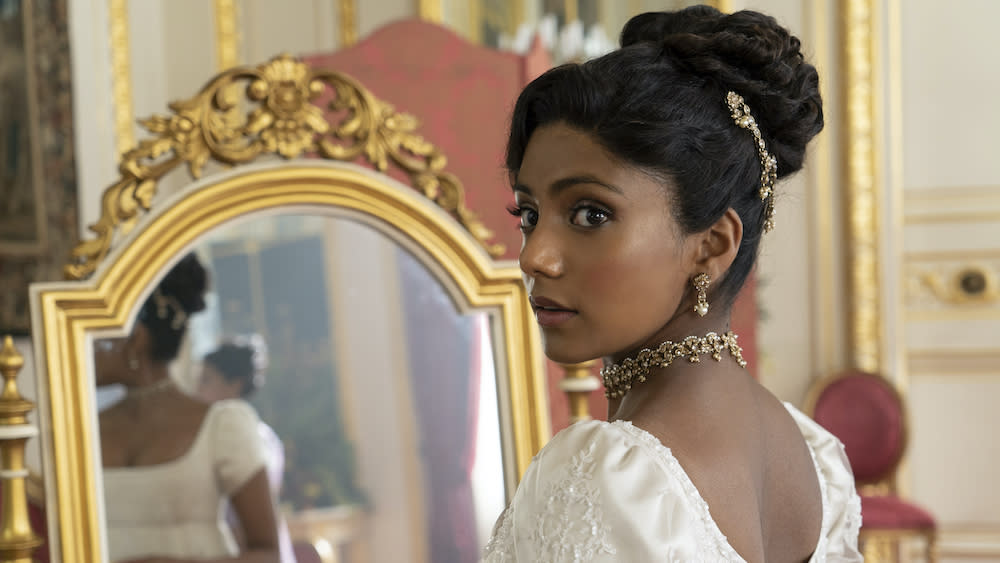 “Bridgerton” Season 2 has landed the title of Netflix’s third-most popular English-language TV series — a list that is calculated based on shows’ first 28 days on the streaming service — in just 17 days.

Per Netflix’s newly released Top 10 data for April 4-10, “The series had 115.75M hours viewed on the English TV list, appearing in the Top 10 in 91 countries, making it the most viewed title for the third week in a row. The season also entered the Most Popular list at #3 with 560.50M hours viewed. Shondaland now holds three spots on the Most Popular list with Bridgerton (Seasons 1 & 2) and Inventing Anna.”

On the film side, “The In Between” dethroned reigning champ “The Adam Project” as the most-watch English language movie (26.8 million hours vs. 10.9 million hours).

For non-English titles, “Elite” Season 5 debuted at No. 1 on the TV series list with 51.4 million hours viewed and “Furioza” was the first-place film (24 million hours).