Beyond the March: filmmakers travel cross-country to highlight racism in Canada 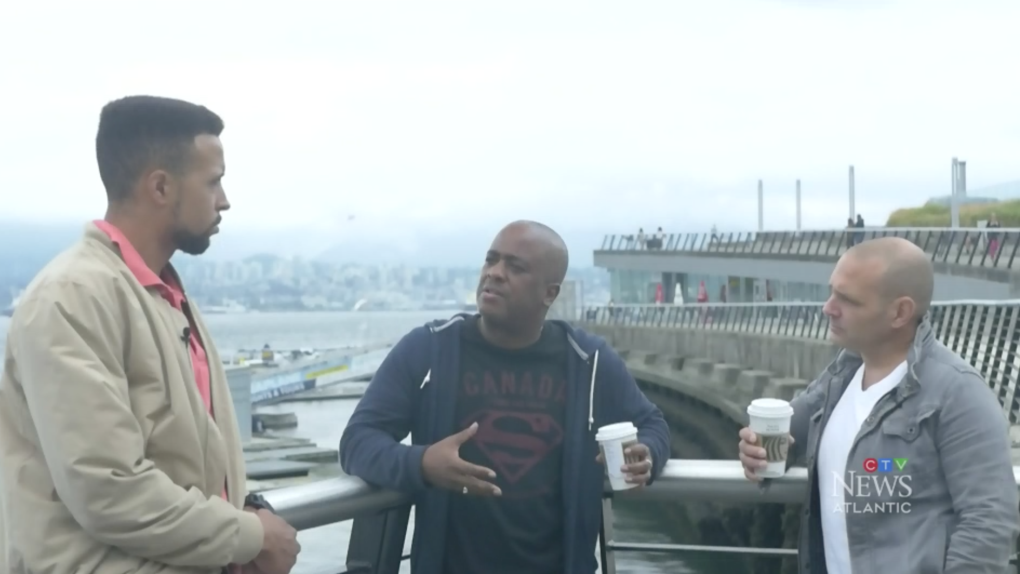 
A pair of best friends – one black, one white – are facing a camera lens on how Canadians are interrupting anti-Black racism.


Mark Holmes and Matt Cappuccitti’s documentary “Beyond the March” has taken the duo across the country; from Vancouver to Toronto, and now Halifax.


The film’s foundation came in the aftermath of George Floyd’s 2020 murder in Minneapolis. Holmes says those events made him recognize a shortcoming in his own understanding of Canada.


“I’m a Black man and I don’t know what’s the Black community is doing to stop anti-Black racism,” says Holmes.


Cappuccitti says Floyd’s death gave him an empty pit in his stomach which is when he decided to call his friend with an idea.


“Let’s get the camera. Let’s do something. Let’s see what’s happening because this isn’t going to stop,” says Cappuccitti.


The two friends grew up on the same street in Mississauga and have known each other for about 40 years.


Holmes has a background in journalism. He and Cappuccitti are funding the documentary on their own.


“Although it may look different in Canada, it’s still happening in Canada,” says Cappuccitti.


Their trip to the East Coast included a stop at Angel Gannon’s ‘A Walk Through Africville’ exhibit.


“In places like here in Nova Scotia, it’s always been here and I don’t know why that is and I want to find that out,” says Holmes.


While in Nova Scotia, the pair are interviewing Africville historian Irvine Carvery, spoken word poet El Jones, and Stop the Violence protestor Quentrel Provo, along with other community leaders.


Holmes says it isn’t the Black communities’ responsibility to solve a problem they didn’t create.


“We need the white community. We need that allyship, otherwise nothing is going to get done,” says Holmes.


The two friends say they care deeply about the subject matter, as they envision a world beyond black and white.


“The toughest thing in the world when you hear a family member or friend make a joke, make a comment, is to actually call them out on it, right. Its makes us all uncomfortable, but if we don’t things will perpetuate and nothing is ever going to change. So have the difficult conversation,” says Cappuccitti.


“Cause if you don’t act it’s just going to keep on going. So do something. Take action, “says Holmes.


The documentary is expected to be released in March 2022.