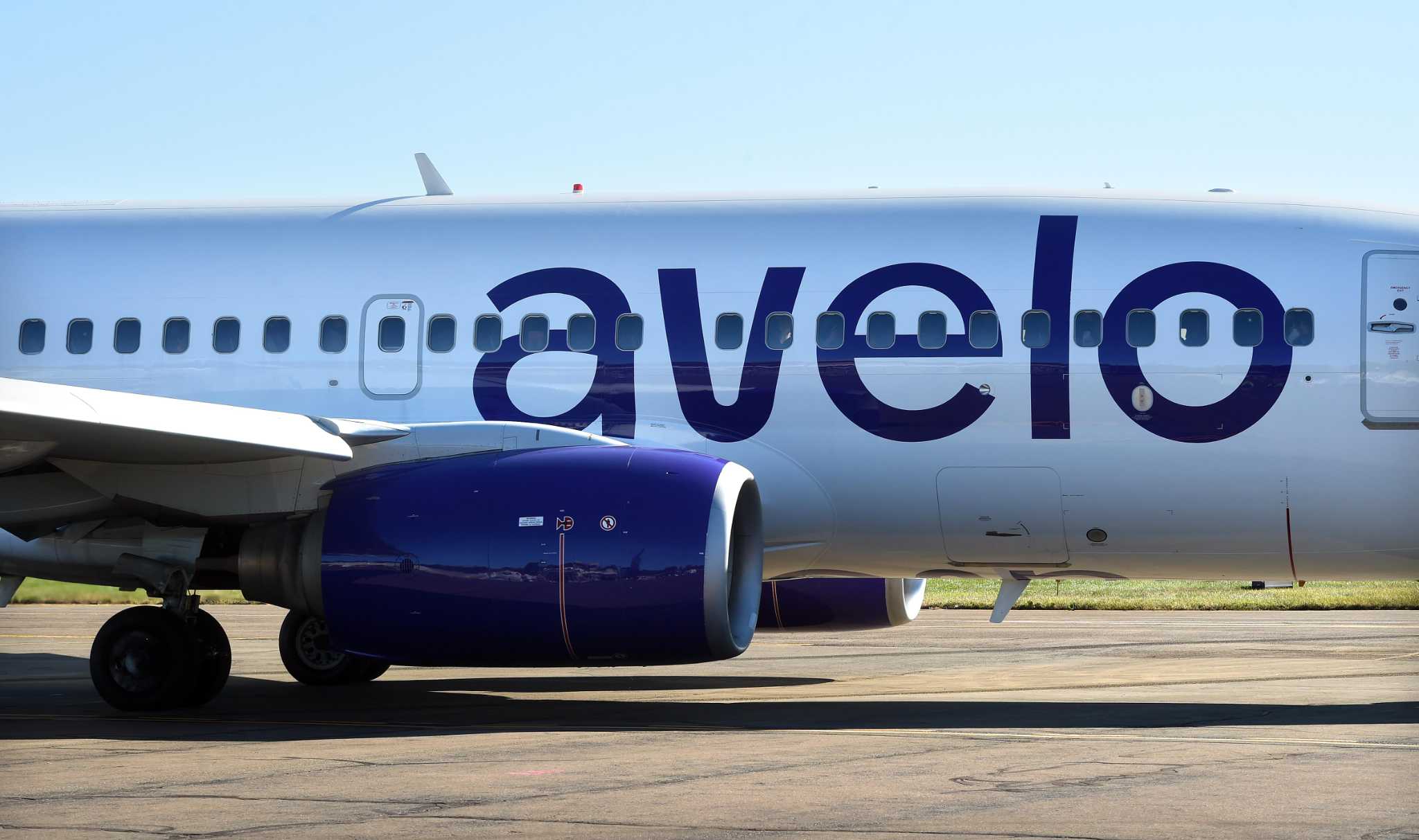 During the next few months, the airline plans to double both the size of its fleet in New Haven — to six airplanes — and the amount of local people it employs to more than 200, as it adds several new routes, the first two of which will be to non-Florida destinations, Avelo’s spokesman said Friday.


“We’re grateful and we’re honored to be part of this resurgence of Tweed New Haven,” Avelo spokesman Jim Olson said at a press conference marking Avelo’s first 100 days serving Tweed as its first East Coast base.

“What I’m really excited about is” the fact that in the near future, “we’ll going to be adding several new destinations … and as much as we love Florida, these destinations” are going to be to places other than Florida, he said.

During Avelo’s first three months of service, it flew nearly 70,000 customers on nearly 600 flights to and from New Haven, Levy said.

“For me, the last 100 days have been a bit surreal,” said Sean Scanlon, executive director of the Tweed New Haven Airport Authority. “There is excitement” at the thought of what Avelo might do to serve area travelers in the next few months, he said.

“These flights have mean so much to people,” he said.

U.S. Sen. Richard Blumenthal, D-Conn., pointed out that $1 million in federal funds are coming to Tweed as part of a total of $12.5 million earmarked for aviation in Connecticut as part of the federal government’s infrastructure program. He hailed the recent activity at Tweed.

“This airport was given up for dead … until the vital investment led by Avelo” and its partners, Blumenthal said. It’s a great thing to give area travelers “the option to fly locally, to park easily and to have decent rates” to fly from somewhere so nearby, he said.

U.S. Rep. Rosa DeLauro, D-3, called Avelo’s first 100 days at Tweed “a success story all the way around” and pointed out that Avelo was one of only two new airlines that began operating during the COVID-19 pandemic. (The other, Breeze, serves Bradley International Airport.)

Mayor Justin Elicker said the changes taking place at Tweed, including the arrival of Avelo and airport operator Avports’ proposal to build a new terminal and extend the effective length of the runway, have eliminated a $1 million annual city subsidy.

Avelo hired more than 100 people “and now they’re going to hire 100 more,” Elicker said. “That’s a big deal for our communities.” He said he was looking forward to hearing about the additional destinations.

City Economic Development Director Mike Piscitelli said what’s happening at Tweed is part of “a good trajectory here in New Haven.” Avelo establishing an East Coast base at Tweed “will help us grow in the future.”

East Haven Mayor Joe Carfora did not attend the press conference but said in an email, “Since plans to expand Tweed New Haven were first announced nearly a year ago, I have been crystal clear that our community needs to be treated as a partner; that any growth must be done with the protections in place; and, if there is job creation, East Haven residents need to be direct beneficiaries.

“While there is still much work ahead; studies to be completed, reviewed, and then approved, today’s news by Avelo is a positive sign that progress at Tweed can benefit our community,” Carfora said. “It is clear that the region is enjoying new direct flights to Florida. We have also been provided information that our residents are being exposed to new job opportunities.

“With that being said, I will continue to ensure that changes to Tweed that impact East Haven are only undertaken after the proper analysis is completed and if East Haven continues to be a partner at the table,” he said.

He would not say which other cities Avelo will fly to from Tweed, which uses the booking symbol “HVN.” But a representative of Rex Development, Barbara Malmberg, told the East Haven Economic Development Commission earlier this week that Avelo soon will announce service to a Midwest destination.

Avelo has hired 109 New Haven-based crew members, including flight attendants, pilots, airport customer service representatives and operations-related roles, as well as managers and supervisors, the airline said in a release. It plans to hire at least 100 additional Tweed-based crew members by the end of 2022.

“I’m very pleased with the initial response to Avelo’s arrival at HVN,” said Levy, who did not attend the press conference but spoke on the phone a day earlier. “HVN’s unrivaled convenience paired with Avelo’s exceptional reliability and affordability have made our airline an appealing choice for folks from across the region.

“We look forward to continuing to invest in our team, this community and the state as we add more destinations, more airplanes and more Crewmembers in the months ahead,” Levy said in the release.

Naylor, who lives in Hartford but is looking to move to Greater New Haven, said Avelo’s first 100 days at Tweed “has been a fun ride … We’re going to continue to grow with New Haven.”

Jermain, who lives in Wallingford, said the move to Avelo also meant a change of careers for her after “some hardships” earlier during the pandemic.

Since beginning, “I found that I absolutely love this job. To me, it’s does not feel like I’m even going to work. … I am thrilled to be able to see what the next 100 days” will hold.

To celebrate the 100-day milestone, Avelo is offering a $49 one-way fare between Tweed and its six Florida destinations: Fort Lauderdale, Fort Myers, Orlando, Sarasota / Bradenton, Tampa and West Palm Beach, Avelo said in the release. The fare is available at AveloAir.com.

“We have known for nearly two decades that expanding and modernizing Tweed could be accomplished in a responsible manner and with a positive economic impact on New Haven,” said Elicker. “Over the past 100 days, Avelo Airlines is showing just how accurate those projections were,” he said.

While Avelo has experienced some weather-related cancellations and redirected flights both in December and January and earlier this month — plus one flight that had to land at Bradley International Airport in Windsor Locks because of a possible bird strike — Levy said he’s satisfied with Avelo’s realiability so far.

“Despite the historic severe winter weather that pummeled the Northeast in January, Avelo has achieved an impressive level of reliability during its first three months of operations,” the airline said in the release. “When excluding weather-related cancellations outside Avelo’s control, the airline achieved a cancellation rate of less 1 percent between November and January.”

Avelo’s on-time arrival rate between November and January was more than 80 percent after excluding weather-related delays outside the airline’s control, it said.

Avelo is investing $1.2 million to help upgrade and modernize facilities and operations as part of an overall $100 million project at Tweed. The expansion, which airport operator Avports LLC is financing, will include a new terminal on the East Haven side of the airport and an extended runway.

Once the new terminal is compete, the runway has been expanded and the additional jobs have been added, the economic impact to the region has been forecasted to be over $275 million, Avelo said.

Avelo, which also offers service on the West Coast to and from Los Angeles’ Hollywood Burbank Airport, currently serves 18 destinations across the U.S. It has committed to adding nine additional 737 NGs in 2022. It plans to double its network from 18 to at least 40 destinations by the end of this year, the release stated.