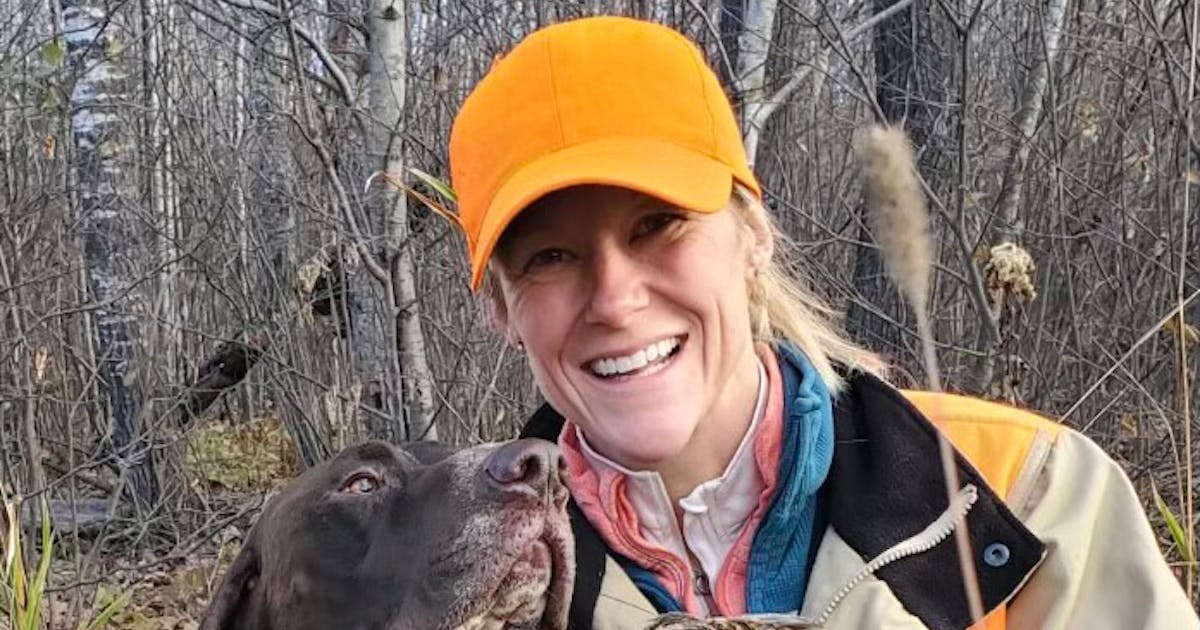 Kelly Straka, 43, was hired Sept. 15 as Minnesota Department of Natural Resources wildlife section manager. A graduate of the University of Minnesota’s College of Veterinary Medicine, where she focused on wildlife health, Straka also holds an undergraduate degree in fish and wildlife management and a master’s degree in public health from the U.

She is the first woman to lead the DNR wildlife section and in that position she follows such legends as Dave Vesall and Roger Holmes, among others, whose work conserving wetlands and other wild lands decades ago still benefits Minnesotans today. In the interview below, Straka describes growing up in Wayzata before undertaking a circuitous route back to Minnesota that included stops in Australia, Morocco, Missouri and, most recently, Michigan.

A: I was always outside and as a girl was comfortable in the natural world. I could find little pockets of nature, even in the suburbs, and I came home dirty a lot. But it wasn’t until high school that I did more hiking and other outdoor pastimes, and I didn’t really start hunting and fishing until I went to school in Duluth, at UMD. In that way I can relate to people who don’t start those activities until later in life.

A: I spent two years there and really developed an appreciation for northern Minnesota. Then I transferred to a college in Australia. Studying abroad was encouraged, and it was in Australia I began my formal wildlife management education, studying the platypus at the University of Tasmania. I also had a chance to play rugby there, which I had enjoyed since high school. So it was a great opportunity. When I came back to Minnesota, I finished my fish and wildlife management degree at the U’s Twin Cities campus.

A: With the Minnesota DNR. I was fortunate to be hired in the shallow lakes program in Willmar. My boss there, LeRoy Dahlke, was a great mentor. He instilled in me my passion for hunting. He had a golden retriever and I enjoyed watching LeRoy work with his dog. It’s one reason my family and I have dogs now. I worked out of the Willmar DNR office for three years, then I took a job in Hawaii working for the U.S. Fish and Wildlife Service. I decided then to return to the U to attend veterinary school while also taking a master’s in public health. My husband and I had married, and we bought a house in Cotton, which is a small town north of Duluth about 30 miles. As I said, I love northern Minnesota! I commuted to school and finished my veterinary and public health degrees in 2012.

Q: In veterinary school you focused on wildlife health.

A: Yes. In addition to the more typical veterinary classes and clinics, I studied bighorn sheep, bovine tuberculosis and also studied abroad, in Morocco, during my senior year of vet school.

Q: Chronic wasting disease (CWD) in deer was gaining a lot of attention about the time you graduated from veterinary school.

A: It was, and it led to my first job after vet school with the Missouri Department of Conservation. They had by then began to manage aggressively for CWD. I was the department’s wildlife veterinarian beginning in 2012. In 2016, I accepted a job with the Michigan DNR as the wildlife health section supervisor. There aren’t many wildlife disease laboratories in the country, and Michigan has a great one. It’s a big program, and it was an excellent opportunity for me.

Q: Minnesota’s top DNR wildlife section job had been vacant a couple of years before you took it. Did you seek the job, or did DNR officials here approach you?

A: I inquired about it. My husband and I knew that eventually we wanted to come back to Minnesota. Our first son was born in Missouri and our second was born in Michigan, and we had given a lot of thought to where we wanted to raise them.

Q: When you took the wildlife section job and returned to Minnesota, you and your husband decided to live near Duluth, not in the Twin Cities, where DNR managers more typically live and work out of the St. Paul office.

A: I was transparent from the beginning in my talks with the DNR here that I wanted to live in the northern part of the state. I plan to spend a lot of time on the road, as travel restrictions allow, given restrictions everyone has lived under during the pandemic . It’s also important for many reasons to spend time in the DNR’s St. Paul office and at the Legislature, and I’ll do that.

Q: Is your husband an outdoorsman?

A: He is. He’s also from Wayzata, though we didn’t know each other well when we were young. He went to Colorado to work as an elk-hunting guide before coming back to Minnesota.We were married while I was in veterinary school. He was a conservation officer in Missouri when I worked there.

Q: Has the pandemic slowed your introduction to your staff, which numbers about 240?

A: It’s tough. We can meet via Zoom and so forth. But I’m better at building relationships when I can see people in person and get my boots on the ground. Some of our Covid restrictions have loosened up and I’ve gotten into the field more. But relatively few of our offices are staffed. So we plan ahead and work around it. It’ll get better.

Q: Let’s talk about some of Minnesota’s important wildlife topics. Start with CWD, which is spreading among the state’s wild deer.

A: Minnesota is respected nationwide for its aggressive work to control CWD. In some other states, CWD got too much of a head start to be controlled effectively. Our goal is to minimize its spread among the state’s wild deer and the staff here has done a good job.

A: We’re in the process of drafting a wolf management plan that is comprehensive and well-vetted. Hopefully by early spring we will have a final draft that can be in effect next fall.

Q: “Bio-politics” — meaning when politicians interfere with the management of wildlife by professionals. One example occurred earlier this year when the wildlife section’s waterfowl committee voted against initiating a teal-hunting season, but Gov. Tim Walz overrode their decision.

A: Minnesota DNR has very sound scientists in every field — one of the best professional staffs in the country. I know it’s frustrating when their recommendations aren’t followed. My role is to support our scientists, and when their decisions fall apart, we have to regroup and determine what can be learned from the experience. How can we strengthen our hand going forward to prepare for future, similar situations?

Q: Urban sprawl and other development, and large-scale, monocultural agriculture. Can conservation’s unending battle with them be won, or at least be fought to a draw?

A: I wouldn’t frame these challenges as fights. I would say there are limited landscapes and many interests competing for them. The good news is there’s a growing interest in natural habitat, not only among hunters and other outdoors users, but among the general public. If there’s a silver lining to the pandemic, that might be it, this interest in getting outdoors. We need to focus on what we can accomplish. I think we have a stronger seat at that table now than we did before.

A: Due in large part to retirements, we are short-staffed. But the situation isn’t unique to Minnesota. We’re doing the same amount of work as in years past, but with fewer people. My priority is rebuilding our capacity so we can provide the same level of wildlife management that we historically have. The people I’ve met are working as hard as they can. We need to bring more people on board, and it’s a priority for me to get it done.