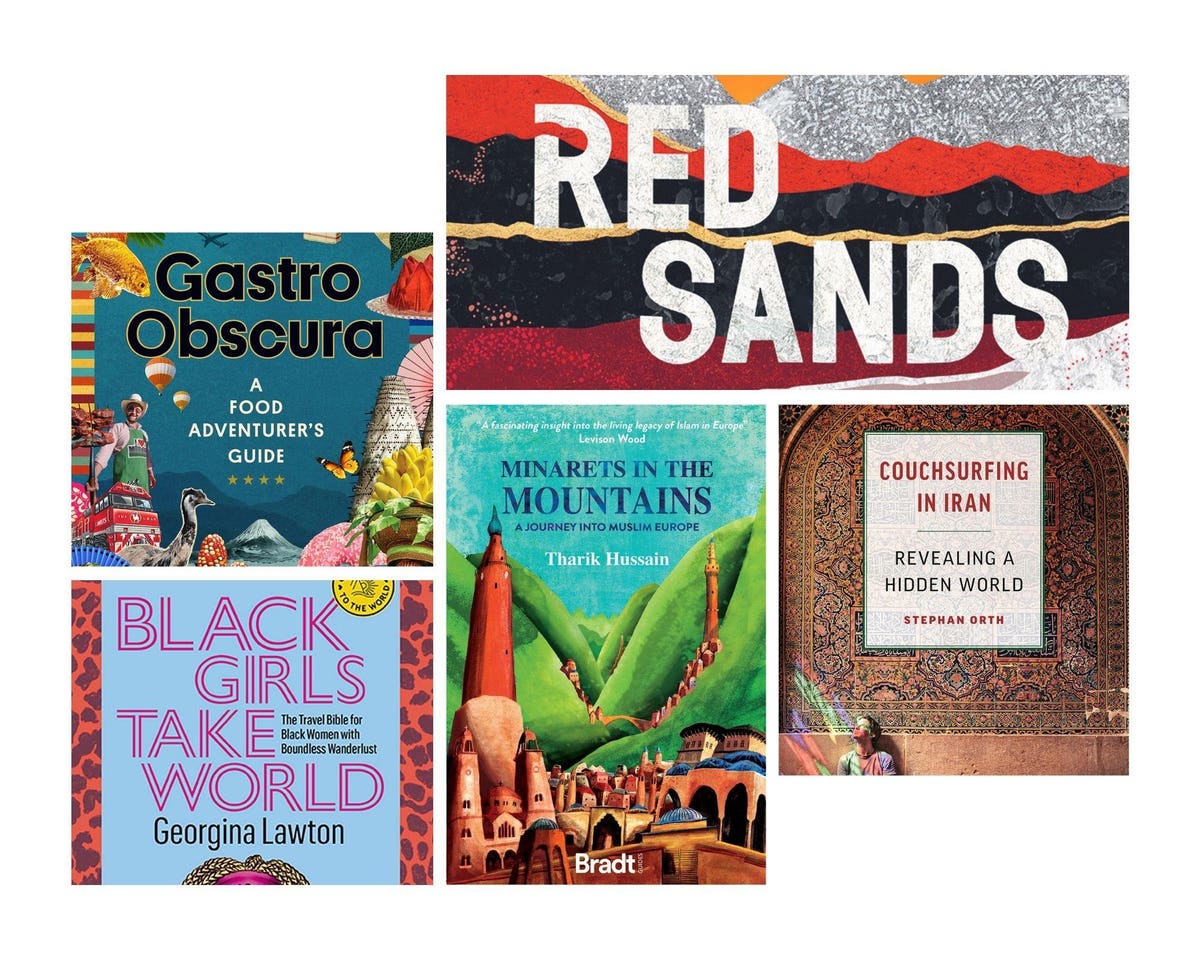 From Cuba to Iran, Muslim Europe to the nomadic herding cultures of Central Asia, the way we’re looking at travel is changing. And so are the stories we’re hearing about it.

From authors who are emerging in a way that’s more inclusive, more diverse, and more insightful and authentic than ever before, to the almost forgotten, lost, and hidden cultures that are being put back in the spotlight for fear of vanishing, these are some of the most essential stories any traveler can read right now.

And, while you’ll undoubtedly want to grab a few of these titles for yourself, the gift of a story that will move, inspire, and transport someone to an entirely new and diverse culture compellingly different from their own is one of the best gifts you can give this holiday season.

Minarets in the Mountains: A Journey into Muslim Europe

Muslim Europe’s history is in danger of being erased and forgotten. But not if Tharik Hussain has anything to say about it. A magical, eye-opening recount of a family trip, Hussain’s deep dive into the historical roots of European Islamophobia, and the places where Muslim Europe still exists make this one of the most compelling books for readers who wish to see the world through a wider lens.

A travel bible for women of color, packed with knowledge, travel tips, tricks, and advice on how to handle situations when you might not look like everyone else around you, this book is powerful, insightful, and full of the type of advice that delivers curious travelers seeking both adventure and solace the confidence they deserve to travel the world.

Life in Iran probably isn’t something you know much about. As a destination seldom seen by westerners, Iran’s present-day culture is as mysterious to some as its past. Follow along on one man’s sixty-two-day journey as he discovers not only the people and their incredibly warm hospitality but also as he addresses the “two Irans” that make this country one of the most misunderstood destinations in the world.

It all started in 1900 Georgia. The country, not the state. A time when the Red Guard and the October Revolution created a chain reaction not only across the country but within one family. The Eighth Life follows seven women and their struggles with family, concluding in 2006 Germany when the final character for whom the book is for shows up in Berlin at the doorstep of her estranged aunt. A haunting tale of Georgia over the last century that’s both raw and heartbreaking, The Eighth Life is a brilliant act of storytelling and an insightful look into Georgian culture and history.

The Animals in That Country

In an age where the word pandemic is all too familiar, author Laura Jean McKay takes us on a journey across Australia as a “zooflu” rages. The flu, which allows animals to speak to humans and humans to understand animals, delves into relationships, how we communicate, and our often complicated relationships with family members. A book that explores more than your typical road trip, with a certainly less than typical sidekick, the book is fresh, funny, and full of characters.

The Island of Sea Women: A Novel

A delicate and emotional look into haenyeo culture, the female divers in the Korean province of Jeju who harvest mollusks, seaweed, and other sea life from the ocean, The Island of Sea Women follows two young girls as they begin their training with their diving collective. As the two girls grow older, their relationship reaches a breaking point, challenging their close bond. This strange, deeply rooted novel stays with you forever – just like the images that it will procure in your mind of the daily life of the haenyeo.

From one of the world’s leading historians on Cuba, Cuba: An American History is an encompassing look back at Cuba, from before the arrival of Columbus to the present day. From the United States severing diplomatic ties in 1961 to the fifty-year rule of Fidel Castro and the state of the county’s political climate in 2021, as well as a look towards its future, the book is a moving chronicle of the relationship between the United States and Cuba and what that’s meant for both sides.

Love Is an Ex-Country

A road trip across the United States taken by a queer, Muslim, Arab American, proudly overweight femme, what could go wrong? Love Is an Ex-Country is a jarring look at one woman’s journey as she schools a rest-stop racist, destroys Confederate flags in the desert, and visits the Chicago neighborhood where her immigrant parents first lived, all through the lens of a woman reclaiming her life as a survivor of domestic abuse. Hailed as a profound memoir for all ages, genders, and backgrounds, Jarrar’s words will speak to anyone who has felt erased, providing a sense of confidence to one day say: I am here. I am joyful.

An off-the-beaten-path guide into a deeper, more curious world of gastronomy, Gastro Obscura is a whirlwind tour of more than 500 wonderfully weird and wild dishes, ingredients, and traditions from around the world. Think: beer made from fog in Chile, Sardinia’s “Threads of God” pasta, Egypt’s 2000-year-old egg ovens. (Yeah, that kind of wonderfully weird.) With a diverse range of people and cultures and a beautiful selection of photos to complement each section, there’s no other way to say it except epicureans will simply devour everything this book has to offer.

Li Juan’s life as a convenience store owner alongside her mother in Northwestern China takes a turn for the unexpected when she decides to join a family of nomadic Kazakh herders as they take their herds of boisterous camels, sheep, cattle, and horses to pasture for the winter. Documenting a life that most people around the world have forgotten exists, Juan’s story sheds light on the hardships, dangers, beauties, and tribulations of the nomadic herders of Central Asia and the lives very different from most that they continue to live to this day.

Red Sands: Reportage and Recipes through Central Asia, from Hinterland to Heartland

With the incredibly diverse range of foods of Central Asia at the center of this beautifully delivered piece of travel writing, Eden combines adventure, history, and culture in a way that will make you look at these overlooked lands and people in an entirely new way. Riddled with tales of adventure and a deeper look into the people that make these cultures unique, Eden invites you to eat your way through this part of the world through her storytelling and accompanying recipes.

The Women I Think About at Night: Traveling the Paths of My Heroes

There are books that you read. And then books that read you. This book was the latter. It’s one of those books you see yourself in and a book that sees your future in return. Besides turning the pages at an alarming rate, this is one of those books that you pass on to the like-minded women who you think about at night yourself. From a trip to Africa to channel and understand Karen Blixen (Out of Africa) more deeply, to Japan and Italy, Kankimäki’s journey to discovering and understanding some of the most fascinating women of our time is also a haunting and powerful tale of self-discovery. A paperback version will be available on December 7, 2021.

Every Day the River Changes: My Four Weeks Down the Magdalena

At nearly one thousand miles long, the Rio Magdalena is a flowing source of life for many Colombian people. From a canoe builder to a gaggle of biologists who study invasive hippopotamuses, as well as a traveling librarian and more, Salama transports you to this part of the world through new, fresh and beautiful narratives far from the negative connotations often associated with it.